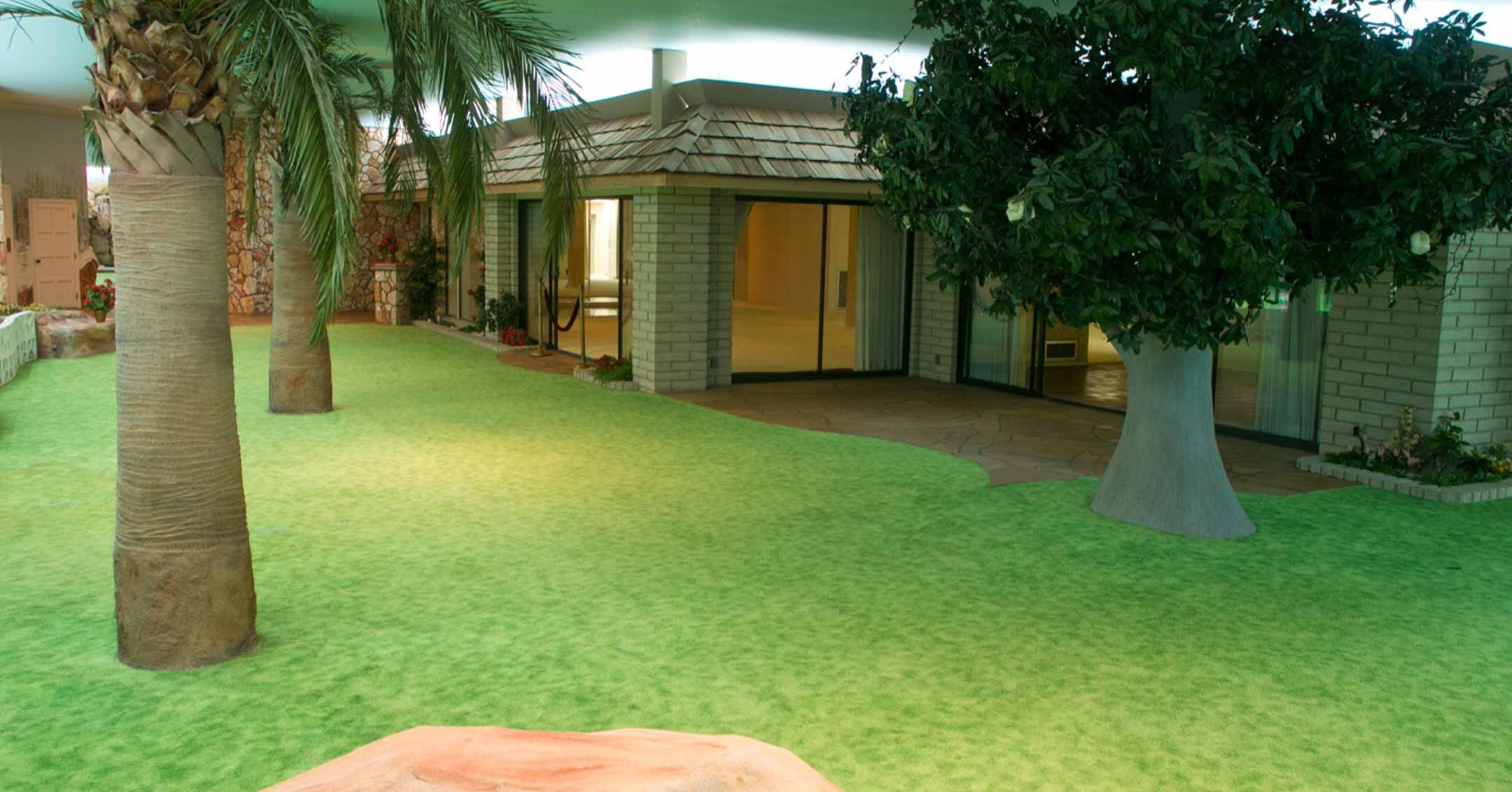 Jerry Henderson built this house in 1971 at 3970 Spencer St., Las Vegas, NV. as a long-term bomb shelter in the event of a nuclear attack… by building it 25 feet underground.

The 1 acre parcel consists of the “adjoining” above-ground two story house and the underground shelter, but the two are completely separate homes. The underground house is nearly 5,200 square feet inside of a 15,000 square foot “basement”, featuring three bedrooms, three bathrooms, an intercom system, one fireplace, a laundry room, a full kitchen with multiple pantries, one sauna, two Jacuzzis, two elevators, a hidden barbecue and yes even a heated swimming pool. Oh, and there’s even ‘exterior environmental controls’ to control ‘daytime’, ‘sunset,’, ‘dusk’ and ‘night’!

A CNNMoney interview
A tour of the home when it was still furnished.