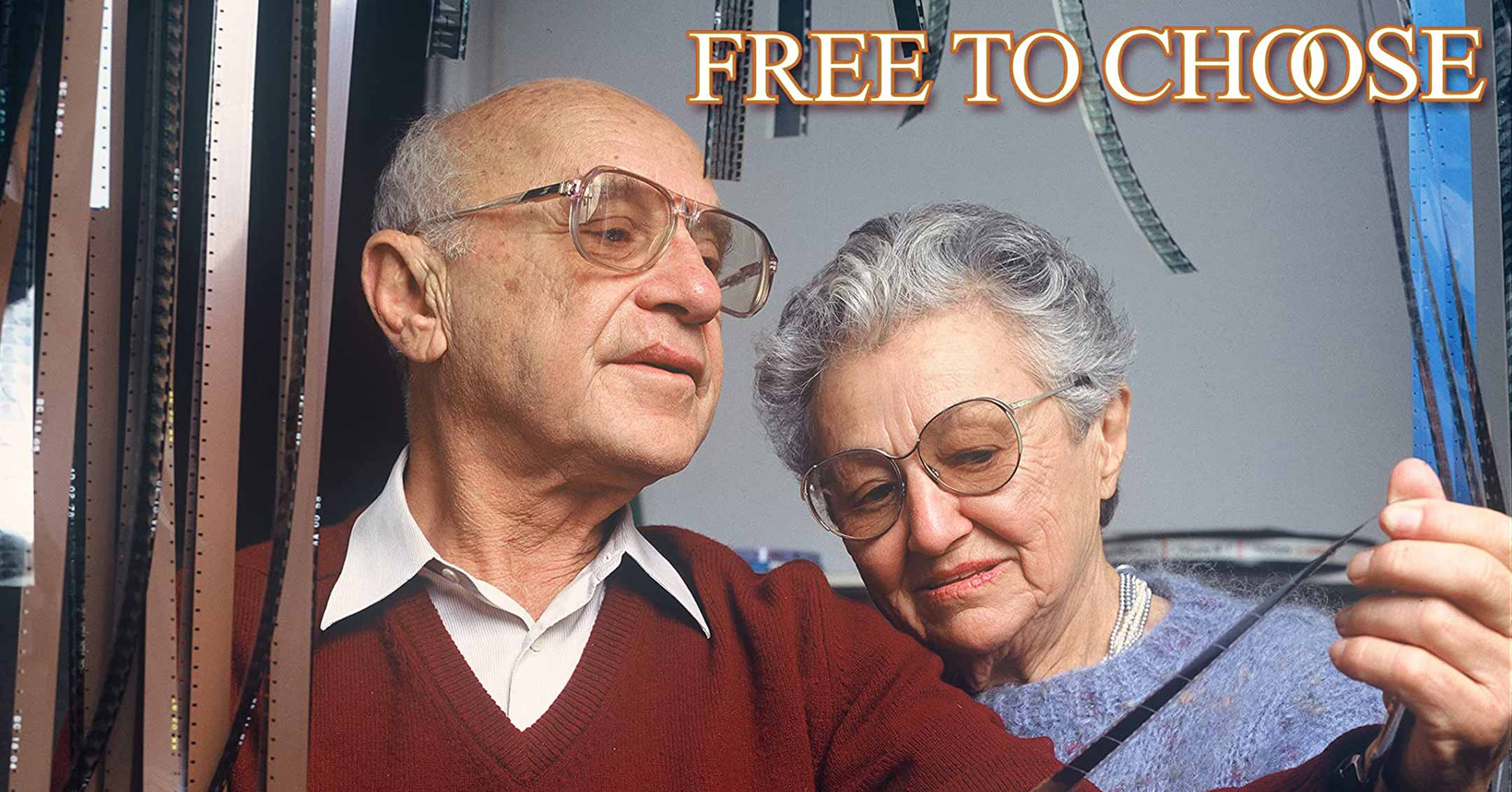 Milton Friedman is one of my favorite historical figures. I do think he’s wrong on a couple of points, but so much of what he says is spot on (and not just in this series.)

“Free to Choose” is a clean, and simple statement, and the title of Mr. Friedman’s great series on economics for the United States.

This will take a while to study, but it’s well worth the time. If you have Amazon Prime, watch each of the episodes below. Or, watch them on YouTube. The Power of the Market

America’s freedom and prosperity derive from the combination of the idea of human liberty in America’s Declaration of Independence with the idea of economic freedom in Adam Smith’s Wealth of Nations. Friedman explains how markets and voluntary exchange organize activity and enable people to improve their lives. He also explains the price system. Friedman visits Hong Kong, U.S. and Scotland.

The Tyranny of Control The Great Depression has been popularly viewed as a failure of capitalism. The stock market crash, the failure of the Bank of the United States, loss of personal savings, were visible symbols supporting this belief. As Friedman explains, the real cause was the unseen failure of government policy and action. Yet this crisis resulting from government failure leads to decades of government expansion. From Cradle to Grave

The welfare state arises from the attempt to do good with other people’s money. Such attempts always fail because: Nobody spends somebody else’s money as carefully as his own. Welfare is supply driven. Those spending the money use force to collect it and to insure those receiving it use it for “right” purposes. Good intentions are corrupted by bad means. Friedman visits U.S. and Britain. The Declaration of Independence says, “all men are created equal.” Friedman explains that this did not mean all persons should or will have equal talents or income. Equal opportunity to better one’s self, and the right to personally benefit from the gains realized, are consistent with freedom. Taking from some to give to others destroys freedom and removes the incentive for creating new wealth. What’s Wrong with Our Schools?

Parental choice and parental responsibility in the education of children is a U.S. tradition and is consistent with a free society. Centralized government control has eroded freedom and adversely affected the quality of education. The poor help pay for education for the future rich. Friedman has long advocated using vouchers to solve the problem. He explains why as he visits the U.S. and Britain. Who Protects the Consumer?

Various government agencies have been created on the claim that they will protect the consumer. These agencies restrict freedom, stifle beneficial innovation, and become agents for the industries or groups they are intended to regulate. Friedman explains how the apparent chaos of the market place, the competition of many suppliers for business, is the best protection of consumer interests. Who Protects the Worker?

Unions sometimes protect some workers – their members – but usually at the expense of other workers. Government protects its employees and special groups of workers at the expense of other workers. Both unions and government restrict freedom. Friedman explains how the competition of employers for the talents of workers leads to the highest wages and best working conditions. How to Cure Inflation

Inflation results when the amount of money printed or coined increases faster than the creation of new goods and services. Money is a “token” of the wealth of a nation. If more tokens are created than new wealth, it takes more tokens to buy the same goods. Friedman explains why politicians like inflation, and why wage and price controls are not solutions to the problem. How to Stay Free

Democracies have only recently been considered desirable. Historically, it was feared that democracies always self destruct when citizens, forgetting that you cannot remove want and misery through legislation, insist on government actions that physically and morally bankrupt their nation. Friedman explains why the United States has so far avoided this outcome and how we can continue to do so.